The health benefits of eating fish are fairly well known among nutrition experts and consumers as well. Because of the high vitamin D content and fatty acid composition, it is recommended that we eat fish at least twice a week. 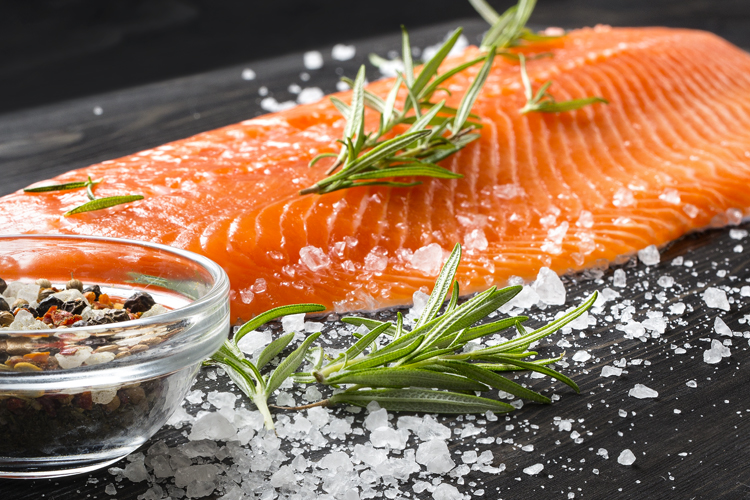 Globally, fish plays a significant part in the food supply of people. Fish is the main source of protein for approximately one billion people. Cultivated land is already being farmed intensively and the fish resources have become scarce in respect of many species and seas. There is, however, room for the fast growing aquaculture, as long as we take care that the growth is sustainable and respects the environment.

The development of Finnish fish feeds has long invested in intensifying the utilisation of fish feed nutrients and the reduction of nutrient inputs into water bodies. The most recent development step was taken in summer 2016, as Raisioaqua, part of Raisio Group, began manufacturing the Baltic Blend feed based on nutrient cycling in the Baltic Sea. Thanks to the Baltic Blend feed, we now produce food for the first time in a fairly nutrient neutral manner.

Environmental factors also increasingly guide consumer choices at food stores. Benella Rainbow Trout, farmed by Finnish contract producers, is a newcomer at the K-citymarket and K-supermarket fish counters and has become popular among consumers who appreciate freshness and quality and want to make responsible choices. The owner of the brand is Raisioaqua, who makes it available to fish farmers committed to using Raisio’s responsible feeding concept and feeds.

Benella is good for health. Finnish rainbow trout is a particularly good source of vitamin D. Thanks to an effective feeding concept and feeds developed for the northern conditions of Finland, Benella’s omega-3 fatty acids, EPA and DHA, are at the right level. That’s why Benella Rainbow has been granted the Heart Symbol that stands for a healthier food choice.

Benella is good also for the environment. The Finnish fishmeal and fish oil used in the Baltic Blend feeds are manufactured of the Baltic Sea herring and sprat whose stocks are at a sustainable level. Recycling of nutrients reduces the phosphorus load of water bodies and the condition of the Baltic Sea is improved by every Benella fish. In addition, the fish oil in the feed of the Benella Rainbow Trouts is partly replaced by rape oil. This helps save the dwindling fish resources in oceans.

The rainbow trout farmed in Finland has been included in WWF Finland’s Seafood Guide’s green list, proof of the work done for the benefit of the environment by the Finnish fish farming industry. The fish farming sector has done exemplary work in protecting our common Baltic Sea. Therefore Finnish Benella Rainbow Trout, guaranteed to be fresh and tasty, is a good choice.