Kesko was formed when four regional wholesaling companies that had been founded by retailers - Savo-Karjalan Tukkuliike, Keski-Suomen Tukkukauppa Oy, Kauppiaitten Oy and Maakauppiaitten Oy - were merged in October 1940. 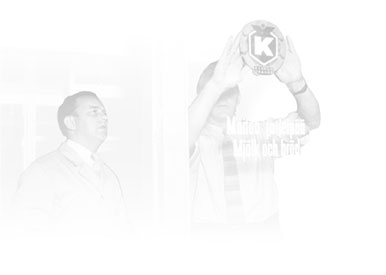 The new Kesko company started operating at the beginning of 1941. The need to purchase goods for the shareholder-retailers and to support their business operations and start cooperation among them resulted in the forming of the K-retailer group. The active building of the K-store network was started and joint advertising was launched. The K-emblem was introduced as the new group's symbol.

The name 'Kesko' was invented by Managing Director E.J. Railo. The word in itself does not mean anything in Finnish, but phonetically it resembles the Finnish verb for concentration (keskittyminen), which in this case referred to the concentration of four regional wholesalers into one nationwide Kesko.

The number of Kesko's personnel was about 2,000. 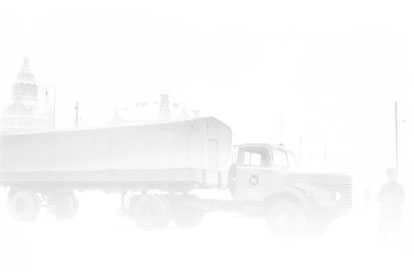 The rationing of goods and regulation of imports retarded the growth of trade during the first years of the 1950s. Towards the end of the 1950s, when restrictions were removed, the building of speciality store networks was started to complement the general stores. Kesko played a significant role in developing the store formats. At first, the main emphasis was on establishing a hardware store network and a warehousing system for the hardware products offered by Kesko. In addition, big efforts were made to develop the trade in agricultural supplies and machinery.

During the 1950s Kesko also developed its own, strong industrial operations. They included the milling, bread, meat, margarine and clothing industries, and a coffee roastery. Furthermore, the network of branch offices expanded. By the turn of the decade, Kesko had established 40 service outlets - the maximum number in its history - of which 23 were actual offices.

The number of personnel had increased to about 5,000. 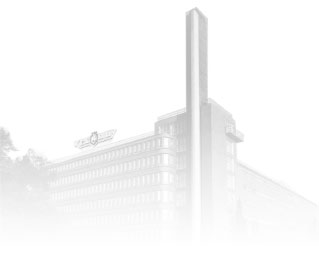 The retail trade in foodstuffs underwent great changes during the 1960's. As Finnish people became less self-reliant in terms of their daily grocery needs, fresh foods were added to stores' selections, and the trend was for general stores to evolve into food stores.

In the middle of the decade, the self-service concept revolutionised this field. The number of stores in the countryside decreased. Kesko set up its central warehouse at Hakkila, in Vantaa. The introduction of automatic data processing and interchange allowed the development of centralised distribution operations. Kesko began to divest its industrial operations.

Kesko's ownership base was broadened, and the company was listed on the Helsinki Stock Exchange in 1960. The personnel numbered about 5,700. 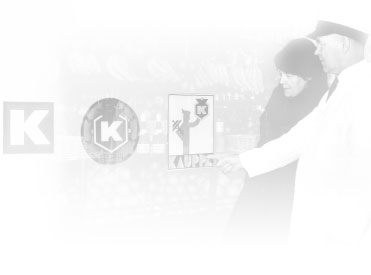 In the 1970s Kesko continued to grow steadily, in the foodstuffs trade in particular. A new store format - the supermarket - was successfully launched. Further steps were taken to strengthen the speciality store network. The responsibility for developing store formats was transferred to the commercial divisions. Kesko and the K-retailers entered the retail trade in the fields of home and speciality goods and hardware products. The Kesport chain was established. The first Citymarket hypermarket was opened in Lahti in 1971.

Significant advances were made in logistical operations, thanks to the introduction of automatic data processing. Kesko became one of the Finnish pioneers in data processing and interchange. Due to improvements in information technology, telephone connections and the transport fleet, the number of Kesko's branch offices started to decrease. Training became increasingly important for both Kesko and the K-stores, and Kesko purchased a training centre, naming it the K-institute.

At the end of the decade, the number of personnel was about 6,000. 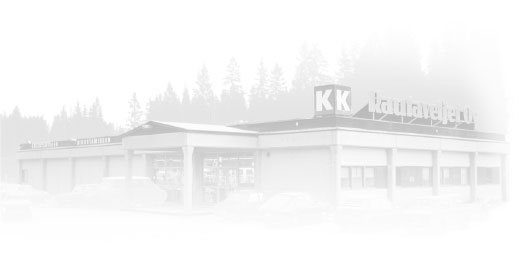 The 1980s represented a period of heavy investment for Kesko. Building projects included new business premises for the branch offices in Turku and Oulu, a new central warehouse and several large retail stores. The share capital was increased to finance these investments. The number of shareholders grew by 20,000.

The divestment of Kesko's industrial operations was continued by selling the clothing factory and the bicycle factory. The number of branch offices dropped from 16 to 9. Pirkka label products (Kesko's own label) were introduced to the market.

At the end of the decade, the number of personnel was about 7,700.

Kesko was changed significantly by the establishment of new grocery store formats and the transfer to chain operations. Centralisation continued. The number of district units dropped to five, and they mainly engaged in the grocery trade. The forming of chain units and profit groups, and the incorporation of operations, created a more customer-oriented, profit-targeted operating model.

Other key elements of the model were the integrated EDI system of the retail stores, and chain marketing focused on customer loyalty schemes. During the 1990s, Kesko acquired Rautia chain and Anttila Oy, and divested Keskometalli Oy. New growth was sought from markets in neighbouring countries, as well. The Plussa customer loyalty marketing system reached the limit of 2.5 million customers in a short time.

At the end of the decade, the average number of personnel was 11,000. 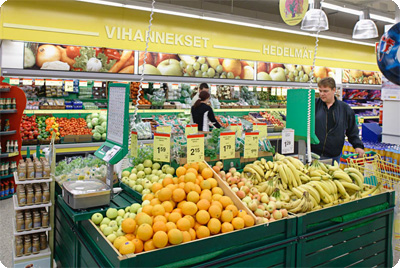 A time for internationalisation

Entry into the Swedish and Baltic markets that had started in the mid-1990s gained momentum at the turn of the millennium. Major spearheads in the internationalisation process were the retailing of hardware and builders' supplies and the K-rauta format. Kesko also expanded its agricultural business to all Baltic countries, becoming a market leader in the area in a very short time.

Progress in food retailing was mainly made through two store types: hypermarkets and hard discounters. Kesko Food and the Swedish ICA combined their food trade operations in the Baltic countries. In 2006, Kesko Food sold its 50% shareholding in Rimi Baltic AB to ICA Baltic.

A network of hardware and builders' supplies stores was created in Sweden by building K-rauta outlets one by one, as K-rauta turned out to be "a successful export product", which was something new to the Swedish market. In the Baltic countries progress was made in the hardware and builders' supplies sector, both through business acquisitions and by establishing new outlets. An important acquisition in Lithuania (Senukai) made Rautakesko the market leader in the Baltic countries in 2004.

In 2005, Rautakesko expanded into Norway and Russia by acquiring Byggmakker, the best-known hardware and building materials chain in Norway, and Stroymaster, a St Petersburg DIY store chain. In July 2007, Senukai acquired the majority of voting rights in the Lithuanian UAB Romos Holdingas, which owns OMA, a Belarussian DIY operator.

Byggmakker, acquired by Kesko in 2005, is the best known building and home improvement store chain in Norway.

Russia’s first K-rauta concept store was opened in St. Petersburg in September 2006. The Stroymaster chain stores have operated under the K-rauta name since 2006.

Rautakesko is one of the fifth largest companies in the European building and home improvement market in terms of its chains’ retail sales.

The average number of personnel was 19,000 at the end of the decade. 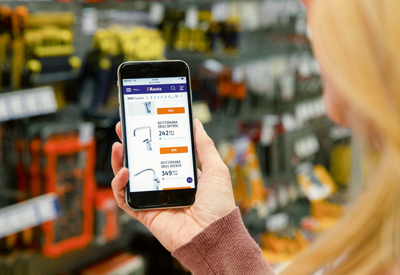 For shopping customers, the internationalisation of retailing has meant a wider choice and ease of purchasing. In the 2000s, the increased use of the Internet and the online retail revolution have made shopping easier and led the trading sector to a new turning point.

Over the course of its history, Kesko has responded to the changes in customer behaviour and society by setting up new kinds of store types, improving logistical efficiency, producing brands of its own and forming store chains.

Now both traditional and online stores are seeking new business forms, and Kesko and K-stores will continue to change with this development.

Kesko Food opened the first grocery store of the K-ruoka chain in St. Petersburg in 2012. The chain expanded rapdidly. Kesko sold its grocery trade in Russia in November 2016.

Kesko discontinued its building and home improvement trade operations in Russia in February 2018. In May 2019, Kesko acquired Fresks Group which is a significant operator in the Swedish builders' merchant business.