31.10.2019
Finland’s fastest and most efficient electric car charging station has opened at Neste K Paimio today, Thursday 31 October. IONITY and K Group offer electric car drivers high-power charging points that are up to seven times as efficient as current fast charging points. Drivers on the Turku-Helsinki motorway and in Southwest Finland can charge their electric vehicles at the new high-power charging (HPC) station around the clock. Three IONITY HPC stations in total will open in Finland. 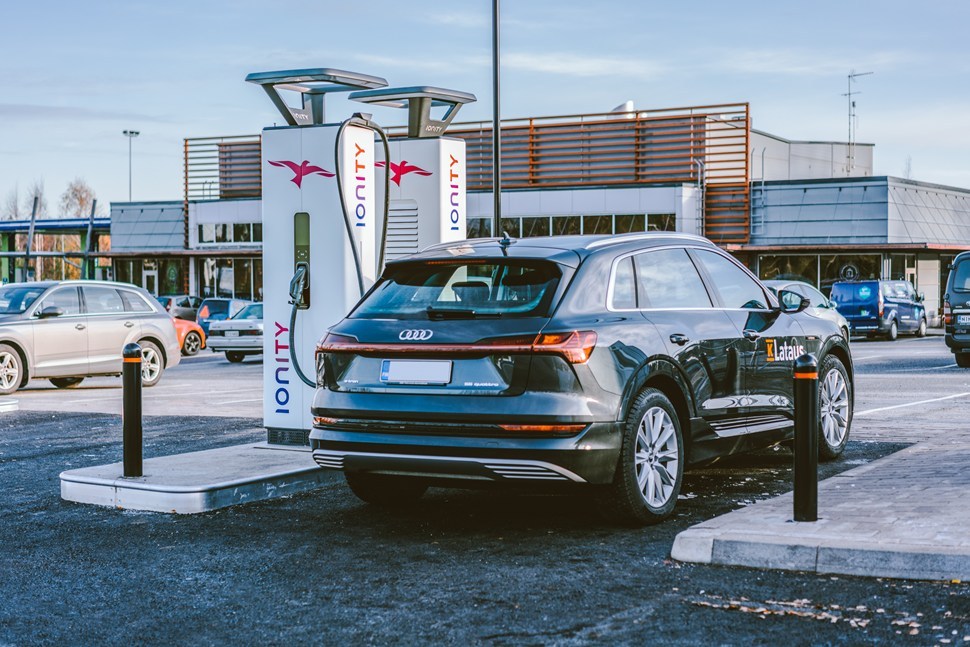 Initially, the new HPC station will provide high-power charging points for two cars at a time, but the number can be raised up to six as demand grows. IONITY’s high-power charging stations are the fastest on the market, and offer a charging capacity of 350 kW. An electric car can travel some 300 kilometres on a single full-power 15-minute charge. The HPC station at Neste K Paimio will be part of IONITY’s European network and will complement K Group’s own nationwide K Charge network in Finland.

“Electric car drivers in Finland have been waiting for IONITY’s superfast HPC stations. We are thrilled now to be opening the first IONITY charging station. High-power charging stations have a big impact on the public electric car charging network in Finland, as they offer the fastest charging on the market in areas where people tend to drive for long distances and therefore need fast charging,“ says Heikki Ahdekivi, Vice President in charge of new business development and charging network in K Group’s car trade division.

For electric vehicles to become more common, the public charging network must evolve and enable sufficiently fast charging especially for those travelling for long distances.

IONITY will be responsible for building, maintaining and operating the HPC stations, while K Group offers excellent locations for them at K-store sites. In addition to the high-power charging station at Neste K Paimio, before the end of the year IONITY and K Group will open HPC stations also at Neste K Karisto in Lahti and K-Citymarket Tiiriö in Hämeenlinna

K Charge is K Group’s nationwide charging network for electric cars. By the end of this year, the network will comprise nearly 400 charging points at over 70 K Group store locations. The K Charge stations offer both basic and fast charging points. The cooperation with IONITY will add three high-power charging stations to the network.