05.08.2022
In connection with the installation of these new systems, all three K-Citymarkets in Tampere will be equipped with new refrigeration systems, a heat circulation system that recycles waste energy and new energy efficient lighting solutions. The carbon dioxide emissions of K-Citymarket Turtola, the first store to be renovated, are expected to decrease by about 140 tonnes per year, which corresponds to the emissions generated by driving over 1.2 million kilometres. 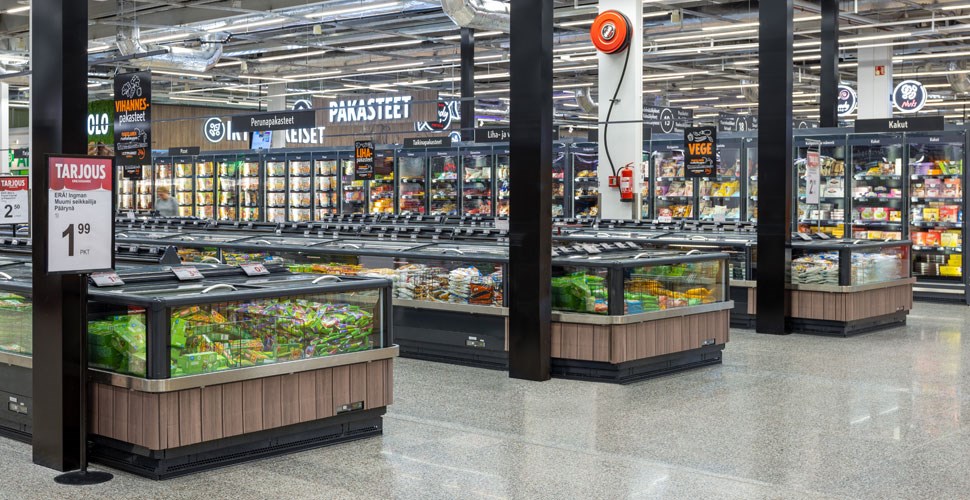 As part of its target to be carbon neutral by 2025, K Group is constantly seeking new ways of improving the energy efficiency of its approximately 1,800 K-stores. Energy saving measures have been systematically carried out in K Group for decades, and boosting energy efficiency is particularly relevant right now.

“Grocery stores consume a lot of energy ensuring the cold chain of products. The key means of improving energy efficiency are upgrading refrigeration units and lighting, and new innovations, such as a heat circulation system that recycles waste energy, and the use of analytics services that analyse energy consumption at stores,” says Antti Kokkonen, Building Services Manager at K Group.

The K-stores’ heat circulation system received the Motiva Energy Genius of the Year 2019 prize and the international heat pump industry’s Heat Pump City of the Year award in 2020.

K-Citymarket Turtola in Tampere that was renovated in the summer is an example of a store that is equipped with all of K Group’s newest energy efficiency measures.

“Upgrading the refrigeration system to an energy-efficient system that uses carbon dioxide as a natural refrigerant has significant benefits for the environment. In addition to the other measures, the store’s building automation system is connected to an analytics service, which fine-tunes and ensures the energy-efficient use of the systems,” says Kokkonen.

Recycling the waste heat from refrigeration units is estimated to reduce the K-Citymarket’s annual consumption of district heating by about 40 per cent.

“It is great that in connection with the renovation, we gained modern, environmentally friendly refrigeration units and energy-saving LED lighting. We want to act responsibly and make it easy for our customers to make responsible choices. For example, for a long time now, customers have been able to bring their plastic and cardboard packaging to the store for recycling, and now that electric cars are increasing in popularity, customers can charge their cars while doing their shopping at the store,” says K-Citymarket Turtola’s retailer Marko Vainikainen.

The electricity used in all the K-Citymarkets in Tampere is produced with renewable energy and as of next year an increasing amount will be produced with Finnish wind power.

Towards a carbon neutral K Group

K Group’s target is to be carbon neutral in 2025 and reduce emissions from its own operations to zero by 2030.

The key measures to achieve these targets include using 100 per cent renewable energy, improving energy efficiency and switching to biofuels in transports in Finland. 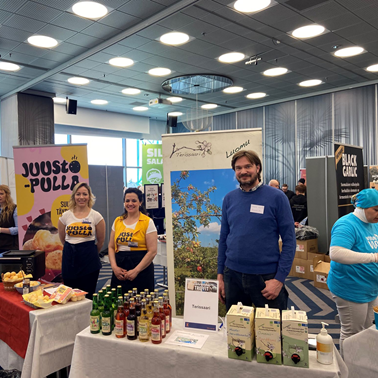 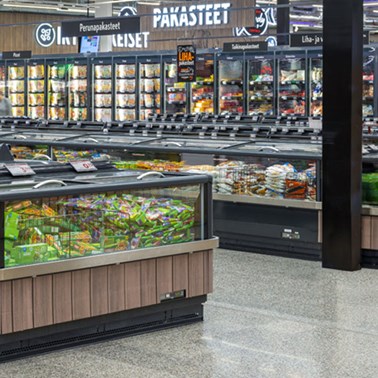 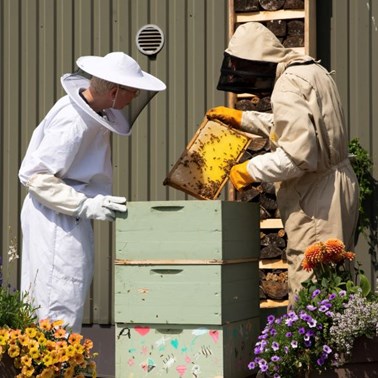 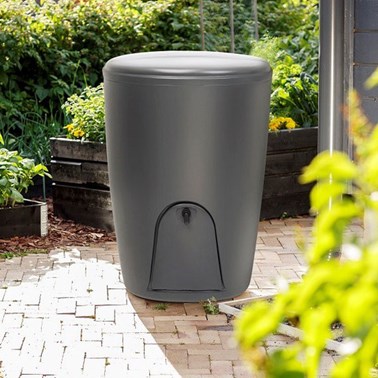 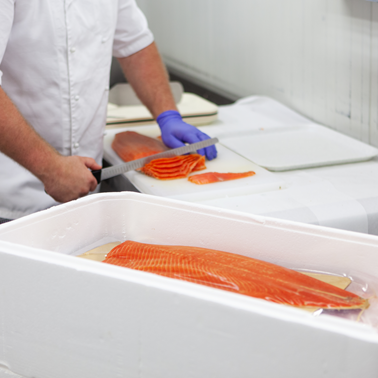 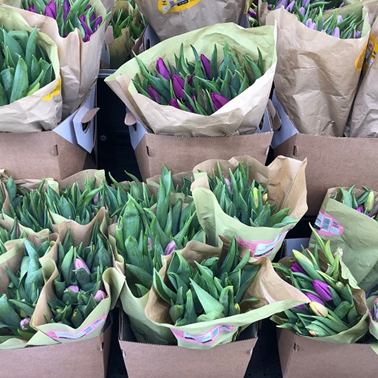