16.10.2019
The K Fishpaths collaboration between K Group and WWF Finland to help the endangered trout yielded results again this summer as more than 50 kilometres of rivers and brooks previously blocked were opened up to enable trout migration. The collaboration will continue in summer 2020. 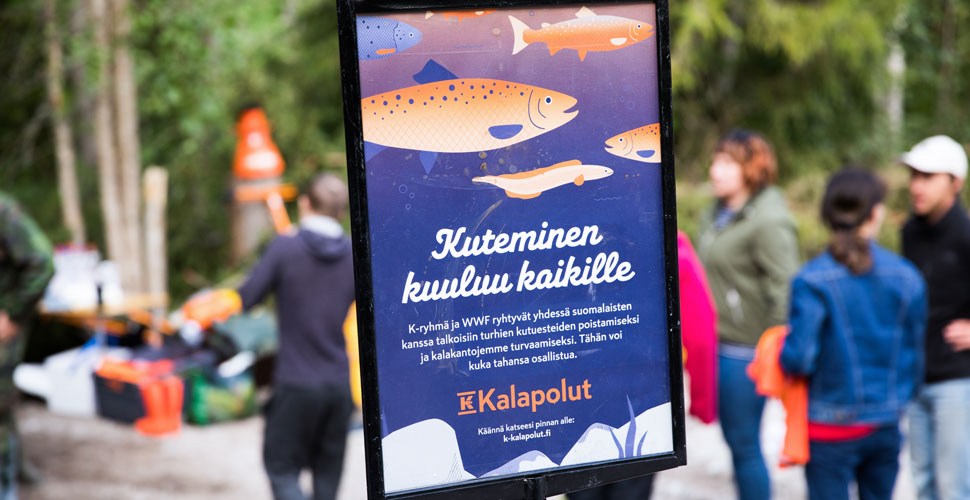 Finnish migratory fish are endangered because our brooks and rivers are full of obstacles such as culverts and damns that prevent them from migrating and spawning. This is why, for the past three years, K Group and WWF Finland have joined forces to organise K Fishpaths events, where volunteers get together to clear out such obstacles and create gravel beds and habitats for trout. Seven events were organised across Finland in summer 2019, and as a result, endangered trout stocks can now recover in many regions.

“One of the highlights this summer was the event at the Rauanjoki river in Polvijärvi, where over the course of several days we dismantled a damn and opened the river up for the critically endangered trout and crayfish populations,” says WWF Finland’s expert Manu Vihtonen.

K Group and WWF Finland have been collaborating for three years, and K-retailers and partners now look forward to participating in the K Fishpaths events.

“It has been thrilling to see again how so many people feel passionate about nature and migratory fish. We want to thank all the K-retailers and nearly 200 volunteers across Finland who have taken part in this valuable work!” says Matti Kalervo, K Group’s Vice President of Corporate Responsibility.

The work is particularly rewarding because the volunteers get to see the fruits of their labour straight away, and the fish have been quick to find their way back to the freely-flowing rivers and brooks. 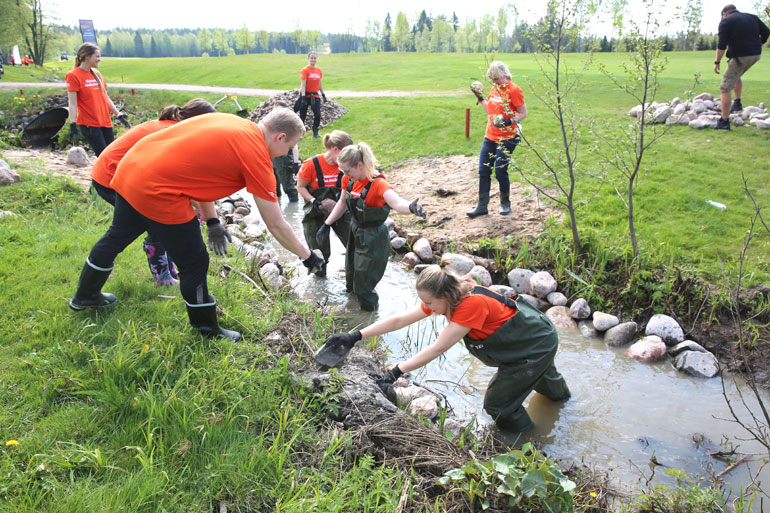 “Companies have an increasingly important role and abilities to help solve environmental issues, and the new culvert in Hollola is a great tangible example of that. The donated culvert represents an innovation that is also good for the environment, and I’m sure the trout are grateful.” 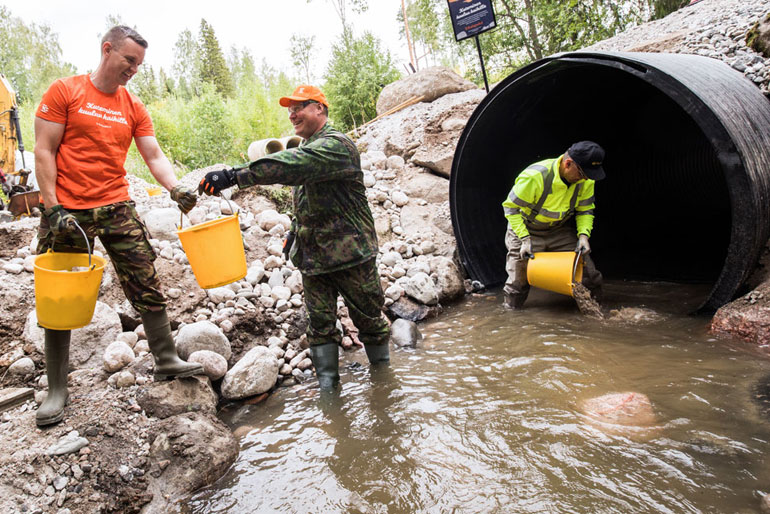 The K Fishpaths collaboration maps out and removes barriers to migratory fish passage and creates spawning grounds across Finland, working together with landowners, local K-retailers and volunteers. Successful events require good cooperation with local operators. The aim is also to generate more awareness of and discussion about Finland’s endangered migratory fish populations.

22.04.2022 08:27
A separate shelf for discounted food found in more and more K-food stores – The Sales of red-flagged expiring products grew by 12% last year