“This is our last chance to wake up to climate action!”

26.04.2019
The Earth’s future is under threat, and we need climate actions now. Matti Kalervo, Vice President of Corporate Responsibility at K Group, is dealing with big issues. 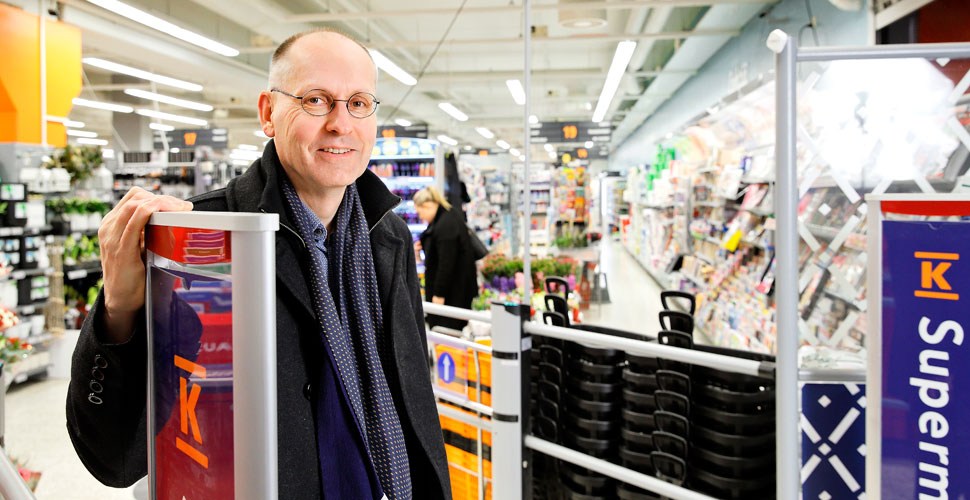 In line with its sustainability strategy, K Group is focusing increasingly on customers in its corporate responsibility work. “We want to promote a sustainable, good lifestyle for our customers and engage them in the effort,” says Kalervo.

Housing, food and transport are the biggest sources of greenhouse gas emissions for consumers. These are areas where we can all have an impact through our actions, while K Group’s stores can help customers and offer them various means to reduce their climate impact.

According to Kalervo, the role of store staff is crucial in this: “Sales staff can lead by example and guide customers towards choices that are better for the environment.” 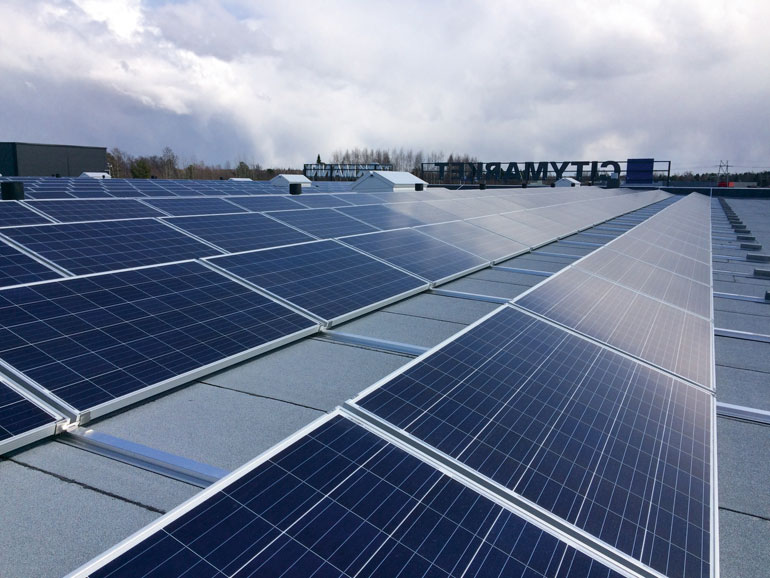 Recent data regarding climate change is startling, and Kalervo considers the situation grave. He is proud that for the past two years, all electricity purchased by Kesko for K Group has been produced with 100% renewable energy: “At the start of 2017, one percent of all electricity consumption in Finland became more environmentally friendly overnight. K Group’s choices and actions in Finland matter.”

Kalervo says K Group is gradually reducing the preference for bioenergy-based electricity and shifting the focus to hydropower and wind power. Solar power plants have been built on the rooftops of K-stores and other properties, and K Group continues to be the biggest producer and user of solar power in Finland.

Every day, K Group delivers goods to stores across Finland. By 2020, emissions from transports by Kesko Logistics are to be reduced by 10% from the 2011 level.

“We are centralising distribution, optimising routes, driving full loads and utilising efficient reverse logistics. All of our more than 500 contract drivers have been trained on economical driving, and we’ve updated our fleet. We use extra-long combination vehicles, and an ecotruck for long-distance transportation between main warehouses,” says Kalervo. 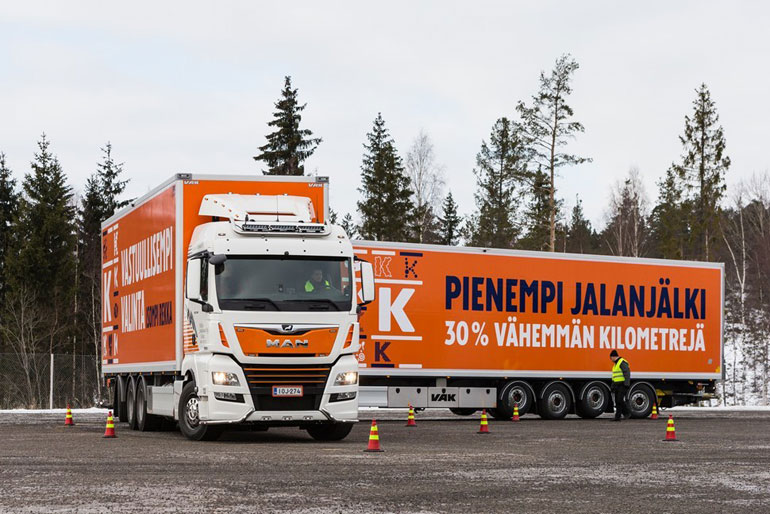 Kesko cooperates with Gasum to produce bioenergy from inedible food waste collected from K-food stores. The energy is utilised in the production of new Pirkka products by three manufacturers.

Together with WWF Finland, the people of K Group have been working to restore spawning grounds for trout and salmon in the K Fishpaths project. Kalervo also mentions the Pirkka fish patty, which promotes sustainable fishing: the patties quickly became the fourth most sold product in their category.

In the building and home improvement trade, one important step has been the introduction of K-Rauta’s Remonttineuvonta service, which offers builders free advice, also on ways to save energy. Meanwhile, the network of charging stations located at K-store properties is designed to encourage customers to use electric cars.

Climate change is a common cause for concern for us all. Says Kalervo:
“Even the little things tens of thousands of K Group employees do every day matter: turning off the lights, recycling trash, making sure hazardous waste ends up where it belongs, making sure edible unused food goes to those who need it and gets eaten.” Kalervo receives ideas for environmental actions by email from both the stores and Kesko employees, and thinks it is positive that people are active and think about the issues.

“We’re going to need that type of attitude also going forward. I wish we at K Group would become even better at communicating our environmental efforts to our customers and encourage them to join us!”

Kesko published its first energy guide for K-stores in 1982. Since then, K Group has engaged in both small and major actions for the environment and for sustainability, and the work has also been recognised highly by esteemed sustainability indices.

Mitigating climate change was included as a theme in Kesko’s responsibility programme in 2008. K Group signed the retail sector energy efficiency agreement, and committed to improving its energy consumption by over 65 GWh by the end of 2016. The objective was exceeded by 2 GWh.

During the 2017-2025 agreement period, K Group and its store chains commit to reducing their energy consumption by 7.5%. In 2017, Kesko set ambitious targets for reducing emissions from its stores, logistics and supply chain: scope 1 and 2 emissions are to be reduced by 18% by 2025 from the 2015 base level. To achieve the targets, Kesko will increase its use of renewable energy and improve energy efficiency.

Profitability improved thanks to fast response to exceptional circumstances and well-functioning strategy.

Kesko Corporation's subsidiary Byggmakker Handel AS has agreed to acquire Carlsen Fritzøe Handel AS, a Norwegian operator in the building and home improvement trade with net sales of approximately €201 million in 2019. The acquisition strengthens Kes...

The sales of Kesko Group’s continuing operations in March 2020 totalled €915.5 million, representing an increase of 2.9%. In comparable terms, sales grew by 2.2%.