At the start of the financial year, the Group adopted the new standard IFRS 16 Leases, which took effect on 1 January 2019. The Group adopted the standard using a retrospective method, and reporting for the 2018 comparison period has been restated to be comparable. The change increases the comparable operating profit and capital employed, and decreases the return on capital employed. At Group level, the change increases the Group’s net finance costs and interest-bearing liabilities. The change has a significant impact on the presentation of the Group’s cash flows, as cash flow-based lease expenditure is partly presented under cash flow from operating activities and partly under cash flow from financing activities. The change does not have an impact on the Group’s cash flows overall.

In the third quarter, Kesko again recorded its all-time best result. Performance was strong across the board in the grocery trade and building and technical trade. Performance in the car trade was softer than we anticipated, but picked up towards the end of the quarter. The comparable operating profit for the Group’s continuing operations strengthened in July-September and totalled €152.0 million, and reported net sales grew by 6.1%. The Group’s operating margin rose to 5.4%. I am particularly pleased that in line with our strategy we have been able to strengthen our profitable growth and market shares both organically and through successful acquisitions.

In the building and technical trade division, sales grew and profit strengthened, due in particular to good profit development in K-Rauta in Finland and acquisitions carried out in Sweden and Norway. Onninen’s comparable profit also strengthened. The Fresks building and home improvement store chain acquired in Sweden earlier this year was successfully integrated into Kesko and rebranded K-Bygg. In addition to Sweden, we continued actions to strengthen our market position and improve profitability also in Norway. The division recorded a comparable operating profit of €60.3 million in the third quarter, with 8.4% growth in reported net sales. The sales growth and improved profitability prove that our strategy and its execution are working.

The market for the car trade business has been weakening since autumn 2018, and recovery has been slower than we anticipated. Despite the market situation, I believe that our car trade division will strengthen its competitiveness thanks to an updating range, improved availability and the efficiency measures carried out. The acquisitions we have made to strengthen our dealer network also support profitable growth in the car trade.

As a sign of our long-term commitment to corporate responsibility and efforts to combat climate change, Kesko was again included in the prestigious Dow Jones Sustainability Indices in September. In October, we made financing agreements totalling €700 million where the interest margin will increase or decrease depending on our ability to meet set sustainability targets. Kesko will draw down €300 million now, and has the possibility to draw down more later on.

Audiocast and teleconference of President and CEO Mikko Helander in English

Listen to the audio conference 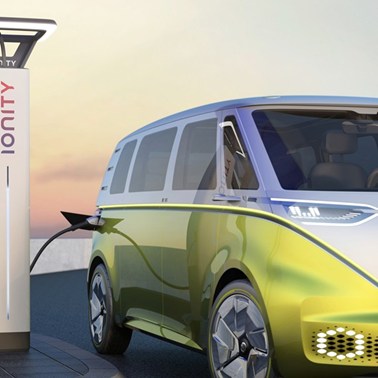 Kesko has made a financing agreement of €300 million, in which the interest margin will increase or decrease depending on Kesko’s ability to meet the sustainability targets set for its carbon footprint, food waste, and audits conducted in high-risk c...