21.09.2018
A growing number of K-retailers are using the ResQ Club app to sell food close to its “best by“ or expiry date, thus reducing food waste in the stores while offering customers products at reduced prices. With the app, some K-food stores have managed to reduce their food waste to one-sixth of what it used to be. 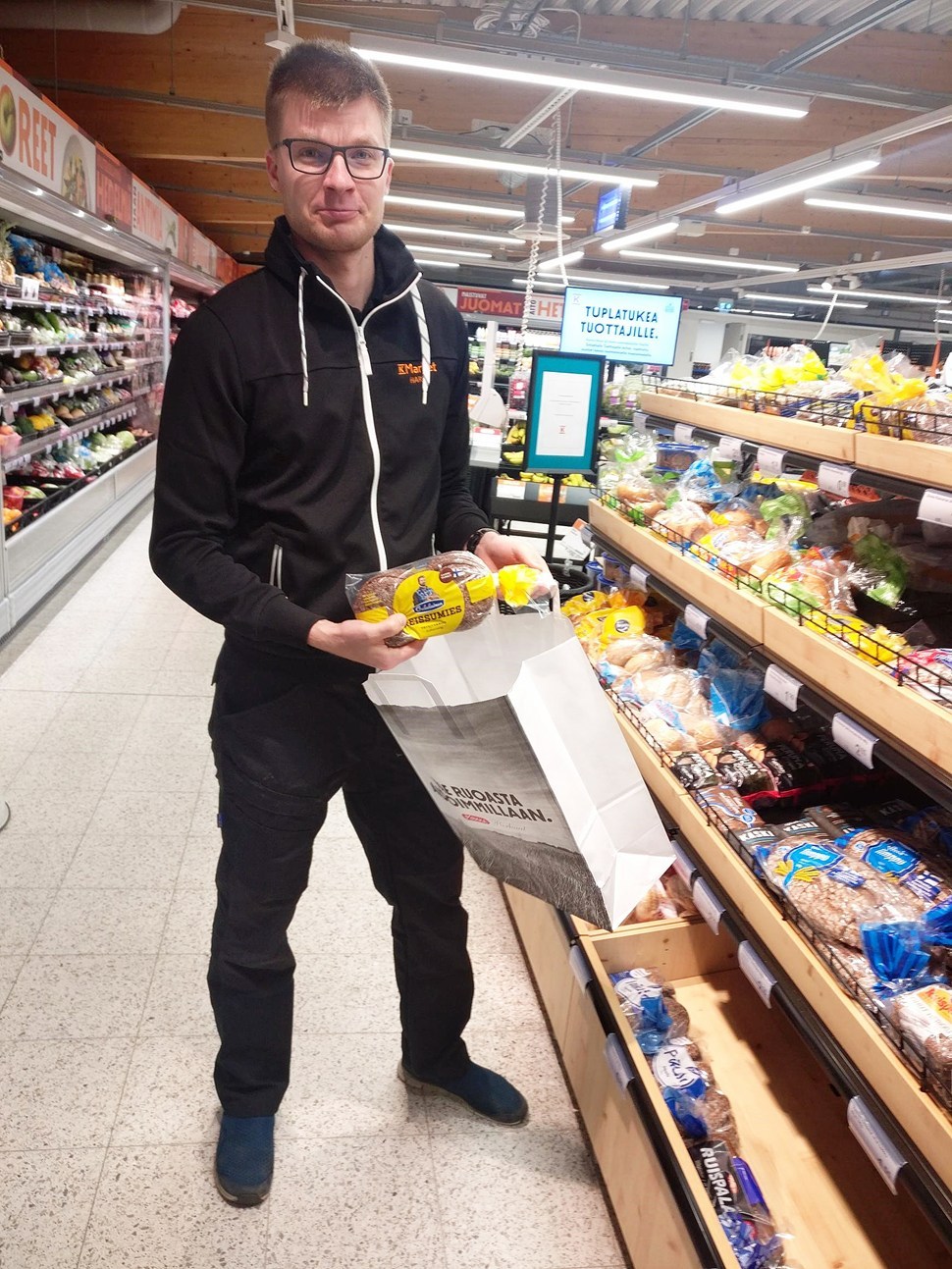 Collaboration between ResQ and the first K-food stores began in May. By September, more than 40 K-food stores across Finland were using the ResQ Club app in an effort to reduce their food waste. The stores gather products approaching their expiry date and put together shopping bags sold to customers through the app at a reduced price.

“We have long wanted to expand the use of the app from restaurants to food stores. As independent entrepreneurs, K-retailers have been able to adopt the app in an agile manner, and the results have been positive from the get-go,” says Antti Tuomola, Development Manager for ResQ Club.

“We first began working with K-Markets in the greater Helsinki area, and now the collaboration has expanded to K-food stores across Finland, also including some bigger stores. So far, we have not come across a store where this model of collaboration did not work,” Tuomola says.

Retailer Harri Mattinen has three K-Market stores in Lappeenranta. Mattinen began selling ResQ Club bags in his stores in May.

“In August, my stores sold a total of 452 bags through ResQ. Of the bags we put together, 92% were sold, so the food really does end up with consumers. Daily food waste in a store has gone down from three shopping carts to half a shopping cart,” says Mattinen.
According to Mattinen, customer feedback has been very positive and demand high: “On busy days, the bags sell out in a matter of minutes. Families that are less well-off are a significant customer group for this, and it makes me happy to be able to help them in such a tangible way.”

“Only food that is still edible is included in the bags, and we comply with Finnish food legislation also when selling products through ResQ,” Mattinen stresses.

Food waste is a significant global problem, and K Group is actively working to reduce it. In total, 25-30% of the world's food is estimated to end up in waste bins. Grocery stores account for some 18% of total food waste and households 35%.

K Group strives to minimise the food waste resulting from its operations and to utilise the inevitably accumulated organic waste. Prevention is the best way to reduce food waste. Means of prevention include sales forecasting order systems, efficient logistics, staff training, and the optimisation of packaging properties. Follow-up measures include reducing the price of a product or donating it to charity. Only after these measures is inedible food waste utilised in energy production.

Founded in 2015, ResQ Club is a Finnish growth company that operates in 27 cities in Finland and also in Sweden and Germany. The app has 20,000 active monthly users and sells each month some 60,000 portions of food that would otherwise go to waste.

22.04.2022 08:27
A separate shelf for discounted food found in more and more K-food stores – The Sales of red-flagged expiring products grew by 12% last year