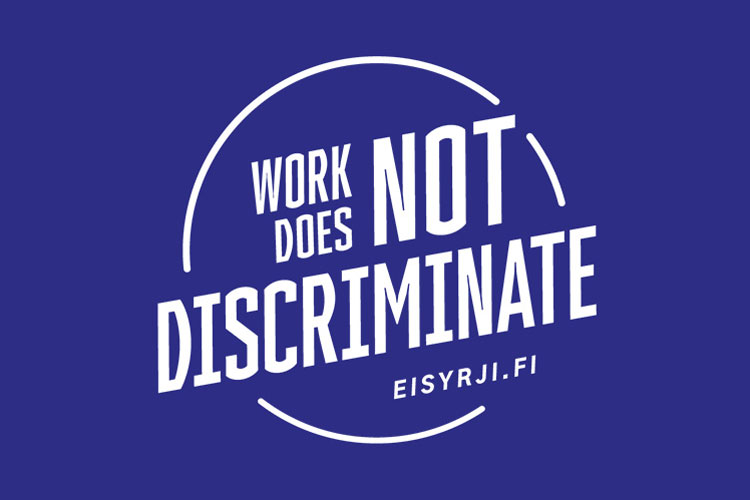 “Non-discrimination is a core premise for Kesko and K Group, and one we will not compromise on in any way. We are committed to non-discrimination in all our operations and also want to help promote it in society at large,” says Matti Mettälä, K Group’s EVP of Human Resources.

Initiative for the campaign comes from the Confederation of Finnish Industries (EK). In addition to K Group, 17 companies and organisations of varying sizes and representing various sectors have joined the campaign at its initial stage.

Work does not discriminate, attitudes do

Earlier this year, the Confederation of Finnish Industries commissioned a study from Taloustutkimus on experiences of ageism and sexual harassment in Finland. According to the results, over the past two years, 10% of Finns have experienced ageism while seeking employment, while 7% of working-age Finns had experienced sexual harassment in their work, either from co-workers, customers or employers.

Legislation regarding discrimination is extensive in Finland and supervision effective. However, as discrimination still exists, the campaign wants to make all Finns examine their attitudes.

K Group promotes equality in many ways. For example, Kesko personnel and business partners are expected to know and comply with the K Code of Conduct, which provides clear examples of how Kesko’s employees and partners are to address issues such as equality and human rights. K Group’s working group for equality and non-discrimination has a key role in developing equality within the group. All employees interested in issues related to equality are welcomed in the working group.

The companies and organisations involved in the “Work does not discriminate” campaign are committed to promoting an open and non-discriminatory work culture. In addition to K Group, the organisations registered for the campaign include S Group, Elisa, McDonalds, the University of Helsinki, Valio, Nordea, ISS, SOL, Osuuspankki, Finnair, Antell, Fortum, Neste, Miltton, Nokia, Aava and Barona.