03.01.2019
The second annual campaign of WWF Finland and K Group to save endangered migratory fish species has been concluded with excellent results. Hundreds of volunteers built over 100 new spawning grounds for fish in rivers and streams across Finland between June and September, opening up as much as 30 kilometres of previously inaccessible habitats and breeding areas. Trout has already returned to the areas restored by last year’s volunteers. 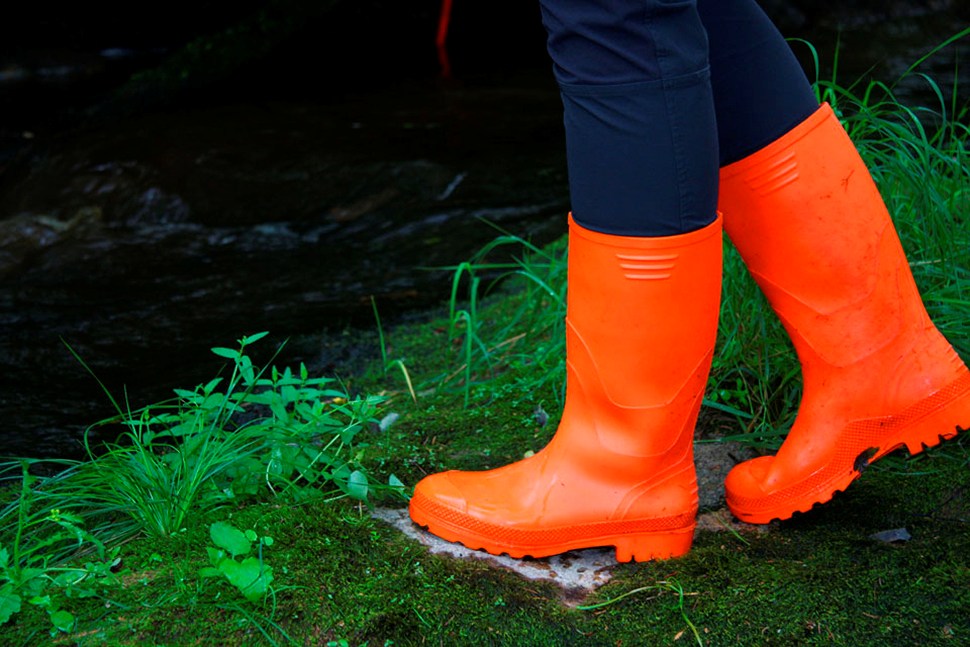 This year, 280 volunteers and 18 K-retailers joined the project at eight different localities. In late autumn, an underwater Taimenlive camera was installed at one of the restored sites, showing live video feed on the trout population benefiting from the new spawning grounds.

“We’ve achieved incredible results at the sites we painstakingly restored during the first two seasons. I would like to thank everyone involved in our work, namely the K-retailers and the volunteers who participated in this important work. Although the volunteering season for this year has ended, our long-term efforts for securing sustainable fish populations will continue to be evident in our sourcing and at our stores every day,” says Matti Kalervo, K Group’s Vice President of Corporate Responsibility.

The first volunteer event arranged by WWF Finland and K Group took place at the Ingarskila River in Inkoo in September 2017. At the upper reaches of the river, migrating trout were met with two culverts that formed an obstacle to their run. When the water level was low, the culverts prevented this endangered salmonid species from reaching its spawning grounds. The volunteers built thresholds below the culverts to allow trout to pass through them regardless of the water level.

The thresholds and heavy autumn rains brought the desired results: based on electric test fishing samples taken by Natural Resources Institute Finland, 2–3 parr that were spawned a year ago were found in each metre of the restored area of the stream this autumn. This amounts to 200–300 juvenile fish for every 100 metres.

“This is a substantial victory for our protection efforts at a site that has suffered from low water levels and weak spawning rates for trout in recent years. The hundreds of volunteers who have worked hard in our campaign across Finland are also bound to feel encouraged by the return of the fish,” says a delighted Liisa Rohweder, Secretary General of WWF Finland.

Promising signs of trout returning have also been witnessed at other locations that were restored last year. On the Vaalimaa River, for example, trout spawned again above a culvert that had previously been an obstacle to their migratory run.

The multi-year collaboration between K Group and WWF Finland to save endangered migratory fish will continue until 2021.

The second year of the K Fishpaths collaboration between K Group and WWF Finland in figures:

• 9 volunteering events at 8 different localities. K Group and WWF Finland were involved in nine volunteer restoration events in Vihti, Kuhmo, Heinävesi, Nurmes, Kangasniemi, Ylöjärvi, Viitasaari and Kouvola. See all the events in 2018 on our website, at Kesko.fi/kalapolut. Local participants who have long been involved in valuable work played a key part in many events.

• 3 obstacles cleared. The volunteers in 2018 cleared three obstacles to the runs of migratory fish, such as culverts and small dams no longer in use.

• 104 spawning beds, or redds. The restoration efforts in the autumn focused particularly on building gravel redds in rivers and streams to give fish better spawning conditions. Nearly triple the number of redds were built this year compared to last.

• 280 volunteers. Hundreds of volunteers in Finland joined in to help endangered migratory fish. You can register as a volunteer for the campaign at Kesko.fi/kalapolut.

• 18 K-retailers. K-retailers also worked hard at all the volunteer sites, with up to four retailers from local stores involved in some places.

One of the key aims of the K Fishpaths collaboration is to raise awareness of Finland’s migratory fish, so the second season also involved various events. At Myllypuro in Ylöjärvi, local residents had the opportunity to increase their knowledge of fish populations with games and information bulletins and to learn about the volunteer work at a stream in an urban area. At Myllykoski in Kouvola, the fourth grade from Niinistö School joined the volunteers and tested their skills in recognising different fish species in a fish competition held by WWF Finland.