22.12.2017
The Finnish Ham Trick (Kinkkutemppu) campaign, first launched last year, will extend to cover the whole country this Christmas. The objective is to collect waste fat from roasted Christmas hams from 100,000 Finnish households, and use it to make renewable diesel. The proceeds from the campaign, which is unique on a global scale, will go to charity, while the recycling of the fat will help save both the environment and plumbing and sewage systems. 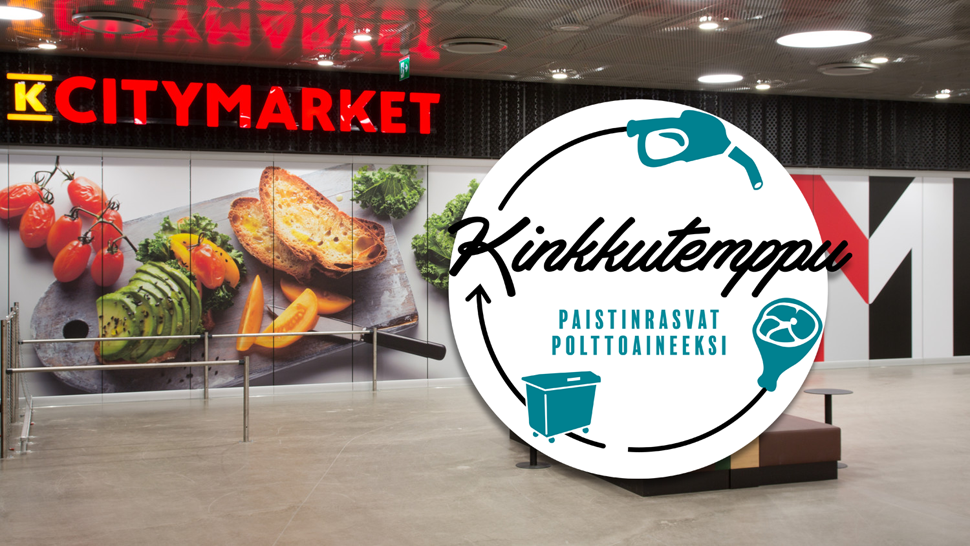 “At K-Citymarkets, we provide our customers with everything they need for Christmas. We also wanted to help them with a perennial Christmas problem – what to do with the waste fat from roasted Christmas hams. By bringing Ham Trick collection points to all K-Citymarkets across Finland, we can help our customers to do good,” says Johanna Kontio, Vice President in charge of the K-Citymarket chain.

“The Ham Trick campaign is a unique arrangement globally. By taking part, we can make life easier for our customers. I believe the campaign will also encourage people to think about recycling in the everyday context,” says Kontio.

Finns eat a combined 7 million kilos of roasted ham each Christmas, producing an enormous amount of waste fat in the process. The fat should not be poured down the drain as it will clog up the pipes.

Some 40,000 Finnish households took part in the first Ham Trick campaign last year, donating a total of 12,000 litres of waste fat, which was used to make so much renewable Neste MY diesel that it would have fuelled four trips around the globe. The proceeds from the campaign were donated to charity.

This year, the goal is to get 100,000 Finnish households to participate. If the goal is met, the donation sum will rise to 20,000 euros. The donation will go to Hope ry, an organisation that provides financial support and distributes used clothing and sport equipment to low-income families. Their help is especially needed around Christmas.

Circular economy at work at K-Citymarkets

While Ham Trick is a seasonal campaign, at K-Citymarkets circular economy can be seen at work every day.

“One good example are the ESSI bags, which are made entirely of recycled plastic. Meanwhile, Globe Hope helps us turn discarded store materials into reusable bags,” says Kontio.

Many small businesses in the restaurant sector have found themselves in a difficult situation as their usual distribution channels have temporarily disappeared due to the epidemic. K-food retailers around Finland have offered a helping hand, and new ...