The K-kampus foundation stone has been laid: A step towards a more unified K Group has been taken

26.06.2017
Building work on K Group's new headquarters – called K-kampus – has begun. On Monday 12 June the foundation stone of K Group’s new offices – K-kampus – was laid and the strategic aim of the creation of a more unified K Group moved a step closer. K-kampus will be a modern office building built in the Kalasatama district of Helsinki and after its completion it will house 1,700 employees, currently spread throughout the Helsinki metropolitan area, under one roof.

The ceremonial laying of the foundation stone was held at the Kalasatama Harbour in Helsinki, where the K-kampus will be built. As key partners in the construction project, Kesko and Varma were invited to the event. The speakers were Kesko's President and CEO Mikko Helander; the Deputy Mayor of Helsinki, Anni Sinnemäki as well as Risto Murto, President and CEO of Varma Mutual Pension Insurance Company. The event was hosted by Pirjo Nuotio. 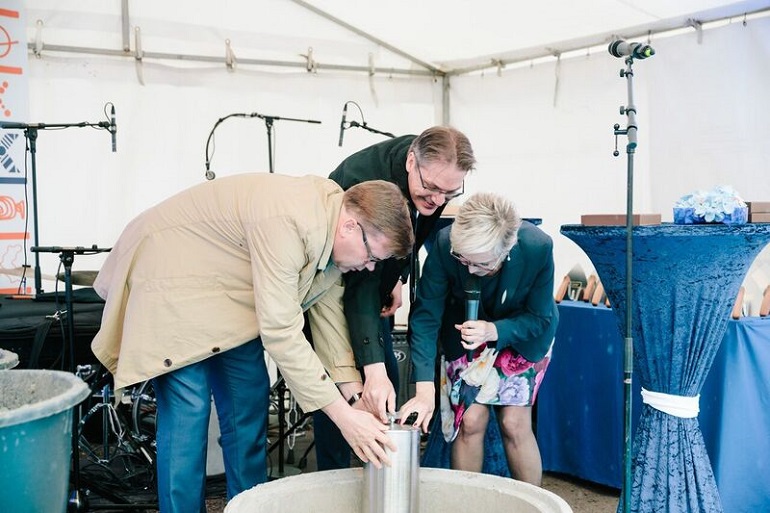 The K-kampus work spirit is created together

“For us, the start of the construction of K Group’s K-kampus symbolises a new step towards creating a more unified K Group. The facilities will allow the use of the latest operating methods and tools, as well as more efficient and productive cooperation between business operations and the functions. The work spirit of K-kampus work will be created together and the K Group's staff will be strongly involved in the design of the new campus. There is also a very large number of partners involved – the project management of the K-kampus design group includes the design offices of over ten different industries", said Mikko Helander, during his speech at the laying of the foundation stone.

A time capsule was placed within the K-kampus foundation stone and contains the day’s newspaper from both Helsingin Sanomat and Hufvudstadtsbladet, the latest Pirkka magazine, coins and a memory stick containing all the plans of the building project.

Kalasatama is the future of Helsinki

The K-kampus will be built in the Kalasatama district of Helsinki, which will take shape in the future.

“This place will become one of the most important locations in the future of Helsinki – a place where people live, spend time, work, consume and enjoy life,” said Anni Sinnemäki, Deputy Mayor of the City of Helsinki.

K-kampus is more than just one office building: it is part of the whole development of the Kalasatama district. The district is characterised by its excellent accessibility, which was one of the most important factors influencing the choice of Kalasatama.

“We are not building a house or a workplace, but a community that looks for new ways to work, provides Finns with the services they need and appreciates and builds this country. I wish you all a warm welcome in cooperating on this work together with K Group,” stated Helander at the conclusion of his speech. 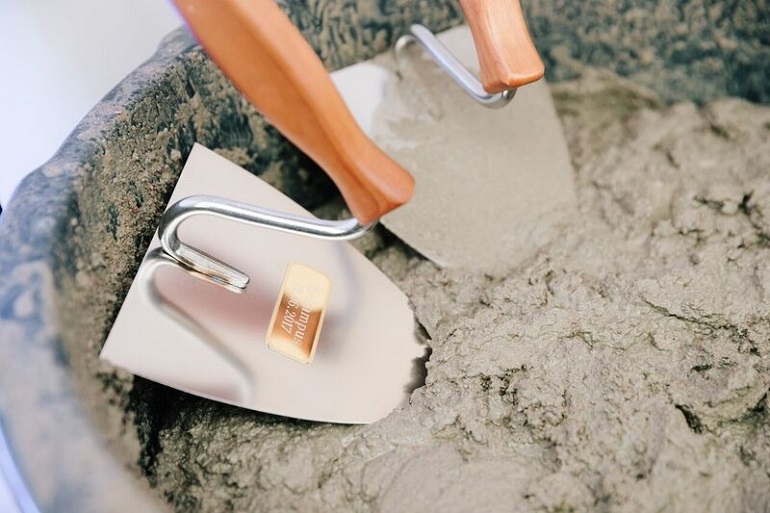 Kesko has been ranked as the most sustainable grocery trade company in the world for the seventh year. The ‘Global 100 Most Sustainable Corporations in the World’ list presents the world’s top 1% of sustainable companies based on a comprehensive sust...

K Group’s recipe for a better workplace: a culture of appreciation of diversity

Responsibility for personnel means not only taking care of employees’ wellbeing and safety but also greater appreciation for diversity, inclusion and equality.

As part of its growth strategy and focus on providing its customers with the best digital solutions, Kesko has signed a set of collaboration agreements with carefully selected technology companies. Through the updated partner ecosystem, K Group conti...