Especially food stores and food warehouses consume a lot of electricity to maintain the cold chain of foodstuffs. In addition, electricity is used in the lighting of those premises and cooling in the summer. The K-Group accounts for approximately 1% of all electricity consumed in Finland.

”The global energy production is transferring to renewable energy sources. When we purchase renewable electricity, we promote the production of renewable energy and support the objectives of the K-Group’s climate work,” says Construction and Maintenance Director Jukka Anttila of Kesko’s grocery trade.

In its responsibility programme, Kesko has committed to mitigate climate change and promote the production of renewable energy. The transfer to renewable electricity also supports the K-Group’s commitment to the Paris Climate Agreement’s targets and the UN Sustainable Development Goal 7 ‘Affordable and clean energy’ and Goal 13 ’Climate action’. 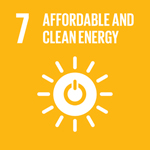 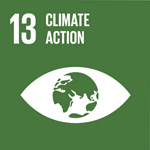 Kesko purchases renewable electricity that has The Renewable Energy Guarantee of Origin (REGO) from the Nordic countries. In 2017, electricity purchases will especially focus on Finnish bioenergy. Bioenergy is based on, for example, by-products from the forest industry and wood based fuels.

05.07.2021 12:51
Decisions have been reached in the codetermination negotiations concerning Kesko’s car trade division