23.05.2017
In 2008 the K Group made a commitment in the Energy Efficiency Agreement to improve its annual energy efficiency by 65 GWh by the end of 2016. Determined measures have meant that K Group has exceeded expectations and has improved its energy efficiency by 67 GWh. For the new 2017-2025 Energy Efficiency Agreement, the K Group commits to making a 7.5% or 79 GWh annual level reduction in energy consumption by means of various energy saving methods.

• LED lights have been introduced as lighting solutions for the store site projects of grocery stores and building and home improvement stores. They create savings of up to 50% on electricity compared to traditional lighting solutions.

• In K-food stores, lids on chest freezers help to save 40% of the energy compared to uncovered freezers.
• Doors on dairy and juice cabinets also help to save energy.

• Kesko has 40 real estate managers who help K-stores find ways to increase their energy efficiency.
• Optimal energy consumption is maintained through regular monitoring, the remote supervision of technical building service processes and the replication of the best energy efficiency practices of different sites.

• Condensation heat from refrigeration equipment is recovered at nearly all K-food stores, meaning that additional heat energy is only required during periods of very low sub-zero temperatures.
• Increasingly many K-food stores also use carbon dioxide recovered from industrial processes as the refrigerant in their refrigeration equipment, which is an environmentally friendly alternative. 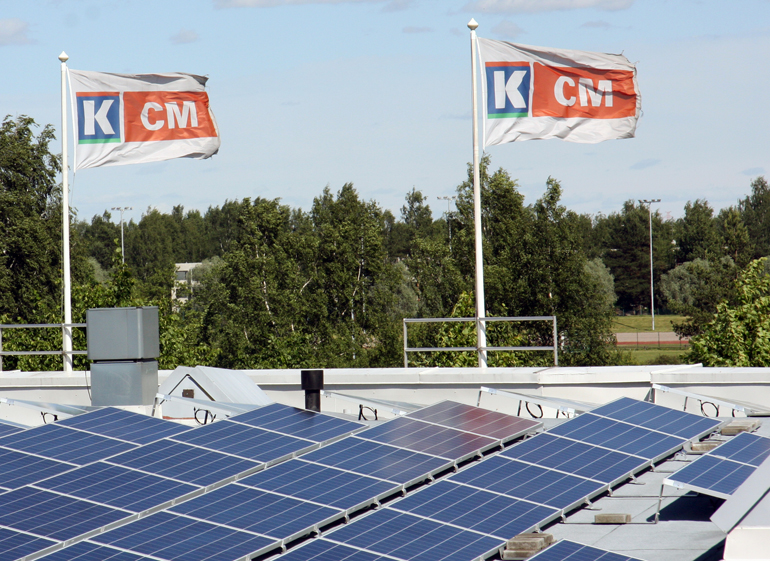 Kesko completed the acquisition of Suomen Lähikauppa (SLK) in April 2016 and began converting Siwa and Valintatalo stores to K-Markets in May 2016. As the Energy Efficiency Agreement ended in December 2016, SLK’s energy efficiency target was not included in K Group's performance.

Energy-saving measures to continue throughout the K Group

K Group also participates in the commerce sector’s Energy Efficiency Agreement for 2017-2025. In accordance with the agreement, K Group undertakes to reduce its energy consumption by 7.5% or approx. 79 GWh by means of various energy saving measures. All K Group chains are covered by the agreement.

The Energy Efficiency Agreement is an agreement between the state and industries on the efficient use of energy. Companies join the Energy Efficiency Agreement scheme for their sector and commit themselves to improving their energy use in accordance with their target. The measures the companies take are reported to Motiva, which approves and confirms the results of each company.

The sales of Kesko Group’s continuing operations in March 2020 totalled €915.5 million, representing an increase of 2.9%. In comparable terms, sales grew by 2.2%.

K Group’s share of the Finnish grocery trade market grew in 2019 and totalled 36.5%

K Group’s share of the Finnish grocery trade market grew by 0.4 percentage points in 2019 compared to the year before, totalling 36.5%. Sales growth was particularly strong in the K-Citymarket and K-Supermarket chains. K-Citymarket increased its mark...