K-food stores to introduce the first Pirkka product made from Finnish bream, which promotes circular economy

26.04.2017
The Pirkka fish patty is made from bream caught in John Nurminen Foundation’s Local Fishing Project, which aims to promote sustainable fishing. Up until now, Baltic Sea bream has not been extensively used in consumer products. Bream fishing effectively reduces the environmental burden on the Baltic Sea. 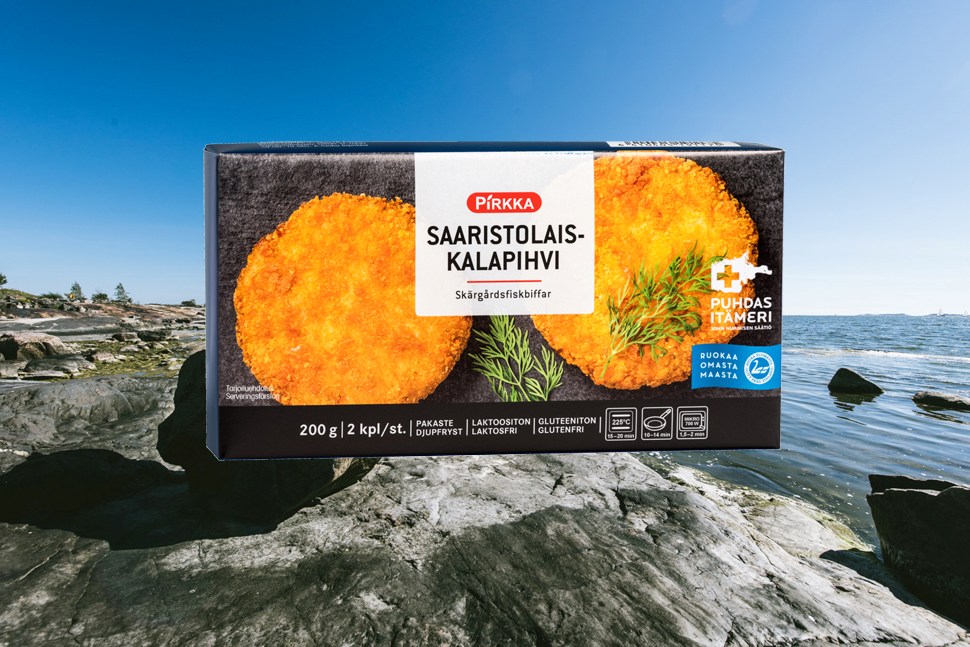 “One of the main objectives of the Local Fishing Project is increasing the amount of sustainably caught domestic fish on Finnish menus. Having K Group join the project is a significant step forward, since a large nationwide operator will help create long-term consumer demand for cyprinid fish, such as bream,” says Miina Mäki, Project Manager at John Nurminen Foundation.

“Cooperation with John Nurminen Foundation and the launch of the Pirkka fish patty are well aligned with our sustainability strategy based on the circular economy. In addition, the fish patty is also an extremely successful, juicy and tasty product, says Tiina-Liisa Nirhola, Purchasing and Sales Manager of Kesko's grocery trade division.

Available in K-food stores in April

The Pirkka fish patty is made at the Apetit plant in Säkylä. The package contains two breaded bream patties, which can be heated on a skillet, in the oven or in a microwave. The product is frozen and will be available in the stores during the first weeks of April.

The Local Fishing Project’s catches originate from the Archipelago and the Gulf of Bothnia. The catch is used in its entirety, and the major portion of it is processed for human consumption. This is the first time that bream is extensively used for consumer products; previously it has been used as raw material for fodder, for example.

The Local Fishing Project, launched in 2015, seeks to create a permanent foodstuff chain for the more effective use of cyprinid fish in consumer products as well as in restaurants and institutional kitchens.