09.11.2017
K-food stores are taking part in the international Pampers-UNICEF vaccine campaign for the tenth time. For every Pampers product purchased from K-food stores between October and December, four doses of vaccine will be donated to UNICEF’s campaign to combat tetanus and protect mothers and newborn babies in poor countries. 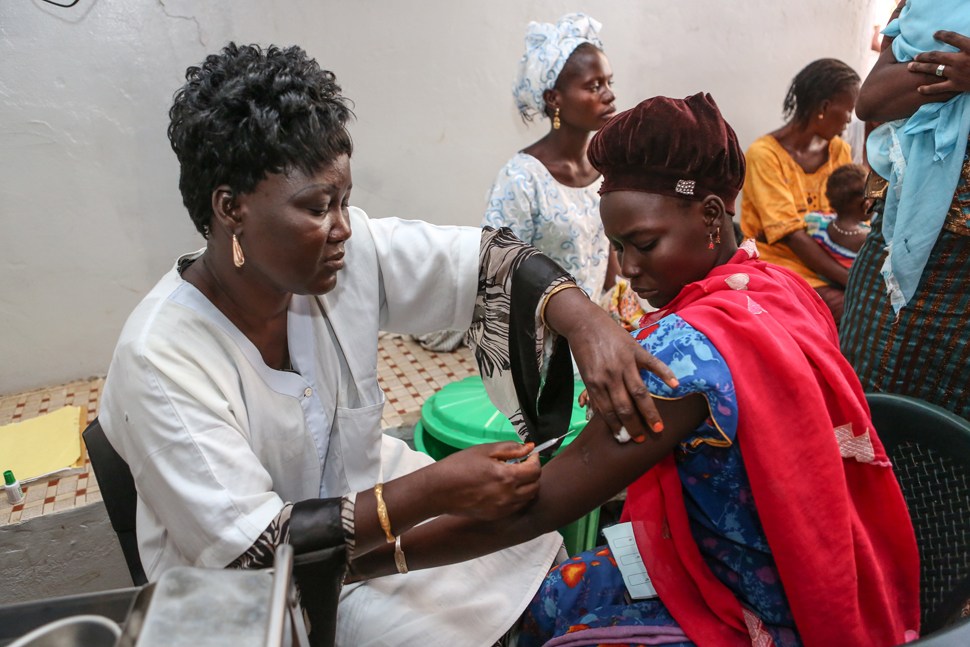 Picture: Fatim Tiaw, who is expecting her third child, receives a tetanus vaccination in a health care centre in Bambey, Senegal. Thanks to the campaign against tetanus, maternal and neonatal tetanus was eliminated in Senegal in 2011. To make sure the disease does not come back, all pregnant women and women of a child-bearing age are vaccinated. © UNICEF/UNI155534/Matas

Four vaccines for every product purchased

“K Group has taken part in the campaign for ten years, which shows how committed we are to this project. As the world’s most sustainable trading sector company, we want to collaborate with our customers with the long-term focus of eliminating tetanus globally,” says Purchasing and Sales Manager Katja Euro, who is in charge of the project in K Group.

Ensuring the wellbeing of children in both Finland and elsewhere is a special focus area in K Group’s sustainability work.

For every Pampers product sold at a K-food store, K-food stores and Pampers each donate an amount corresponding to the value of two doses of vaccine. The campaign, running through October-December 2017, will raise funds to UNICEF’s campaign to combat tetanus. The total donated sum per product is 0.312 euros, which buys four does of vaccine. The donation may also be used to support the distribution of vaccines.

The funds collected via K-food stores have led to the donation of nearly 10 million vaccines so far.This is the twelfth year the international campaign is being organised.

Tetanus can be eliminated

One of the objectives of the UNICEF programme to combat tetanus is that all pregnant women and women of a child-bearing age in high-risk countries get a three-dose tetanus vaccination. The vaccination protects the mother for five years and her baby for two months after birth. Funds raised from the sales of Pampers products around the world are directed towards this goal.

UNICEF, Pampers and their partners hope the campaign will lead to the elimination of maternal and neonatal tetanus globally. The campaign has already helped to eliminate the disease in 20 countries and it has helped to save the lives of 700,000 newborn babies. Tetanus can still be found in 18 countries.

UNICEF does not support any brands or products. Pampers is a Procter & Gamble brand. 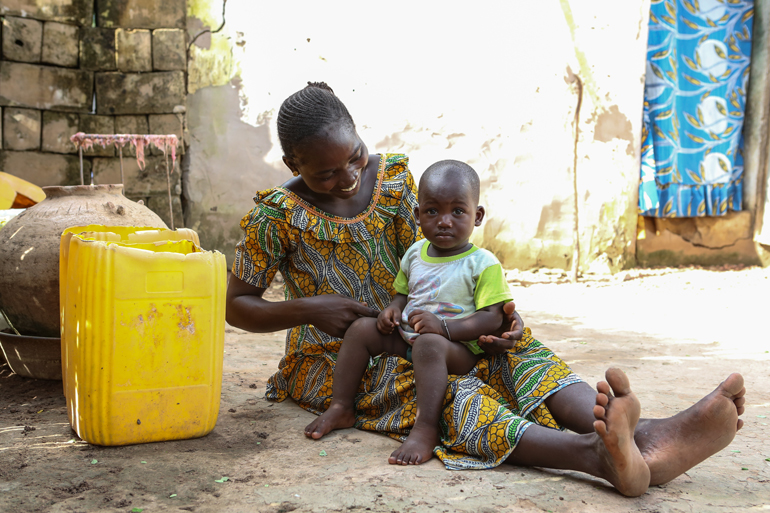 Picture: Vaccinations protect the life of Ami Seck’s 18-month-old son Cheikh Aliou Cisse. In 2010, Ami Seck’s first child died of tetanus soon after birth. Thanks to the campaign to combat tetanus, the disease is no longer found in babies in Senegal. © UNICEF/UNI155514/Matas