Helping the endangered trout population at the Unterniskanjoki and Vaalimaanjoki rivers

02.10.2017
The multi-year collaboration between K Group and WWF to help endangered migratory fish in Finland reached South Karelia this weekend as volunteers gathered at the Vaalimaanjoki and Unterniskanjoki rivers to clear fishpaths. 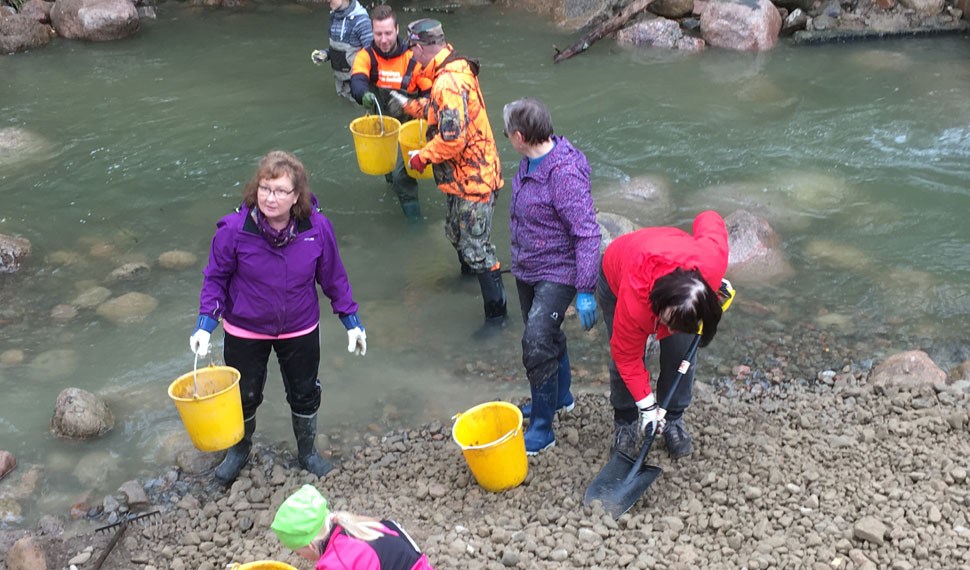 At Unterniskanjoki in Imatra, people from K Group and WWF were joined by the local organisation Pro Immalanjärvi ry, the regional Centre for Economic Development, Transport and the Environment, and some forty volunteers. Upriver, a damn built in the 1990s and no longer in use had been preventing trout from swimming upstream unless the water was extremely high.

The people gathered at Unterniskanjoki helped to turn the river into a fishpath, allowing trout to swim upstream to their spawning grounds regardless of water height. The first trout eager to test the new path was sighted towards the end of the day. 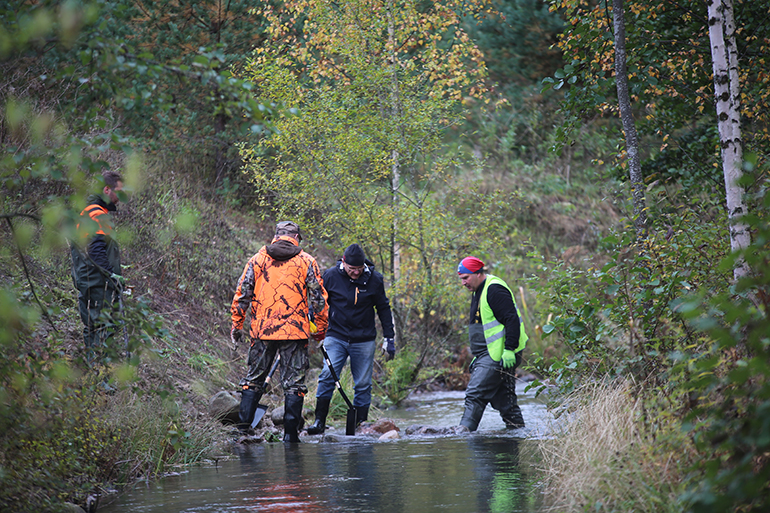 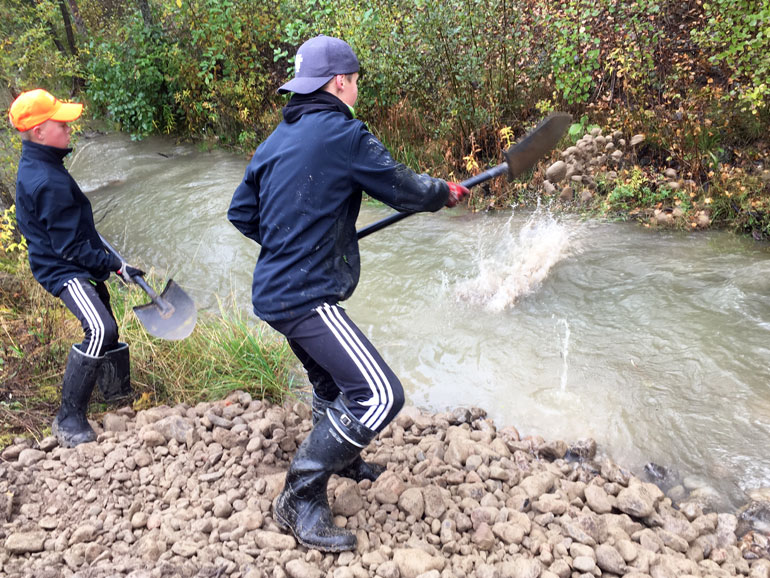 Some forty volunteers of varying ages were hard at work at Unterniskanjoki. Brothers Eetu and Leevi, who live close by, found out about the event the day before, and as eager fishermen, immediately decided to join the effort.

“It’s great that we can help the endangered trout by opening them access to the Immalanjärvi lake. We also helped by arranging rocks in the river to create shelter for trout fry, and brought in gravel for spawning,” says Risto Niemelä, chairman of the local organisation Pro Immalanjärvi ry.

”Our aim is to establish a local trout population. Going forward, we may also see trout swim up to Immalanjärvi from as far as Vuoksi,” says hydrological planning specialist Markus Tapaninen from the Centre for Economic Development, Transport and the Environment in Southeast Finland. 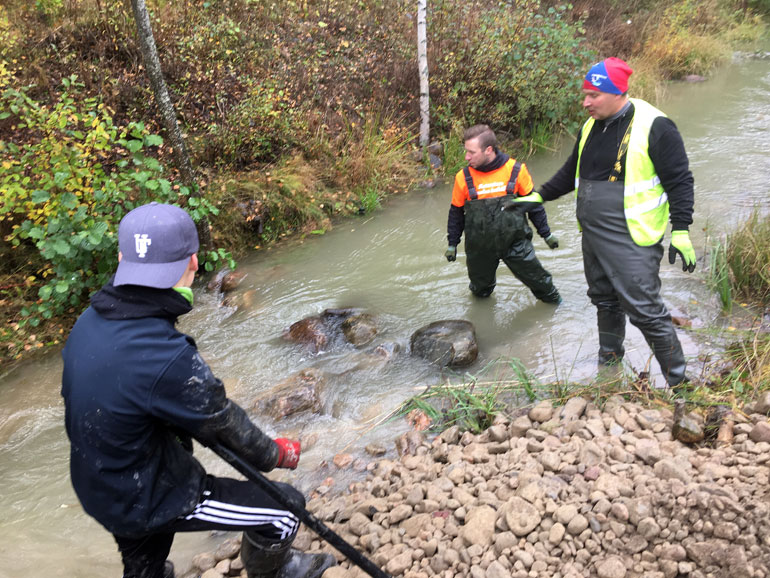 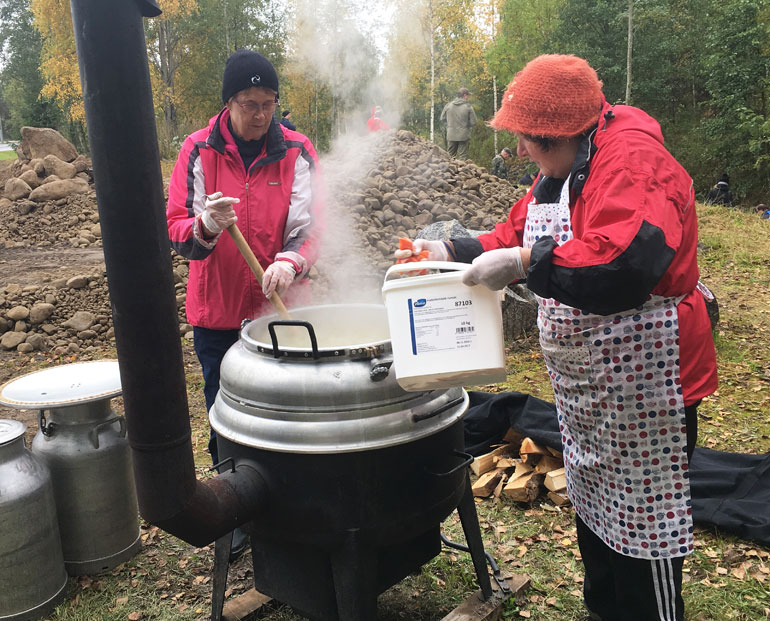 During a break, the volunteers enjoyed some salmon soup.

The group in Imatra was joined by Tom Färd, the retailer of K-Supermarket Imatrankoski, who together with members of the Martta organisation provided salmon soup for the volunteers. Färd also picked up shovel, saying: “The fishing culture in Imatra is strong, and it’s important to ensure the vitality of the local environment, fishing and fishing-related tourism. You don’t get to see and do this sort of thing every day.” 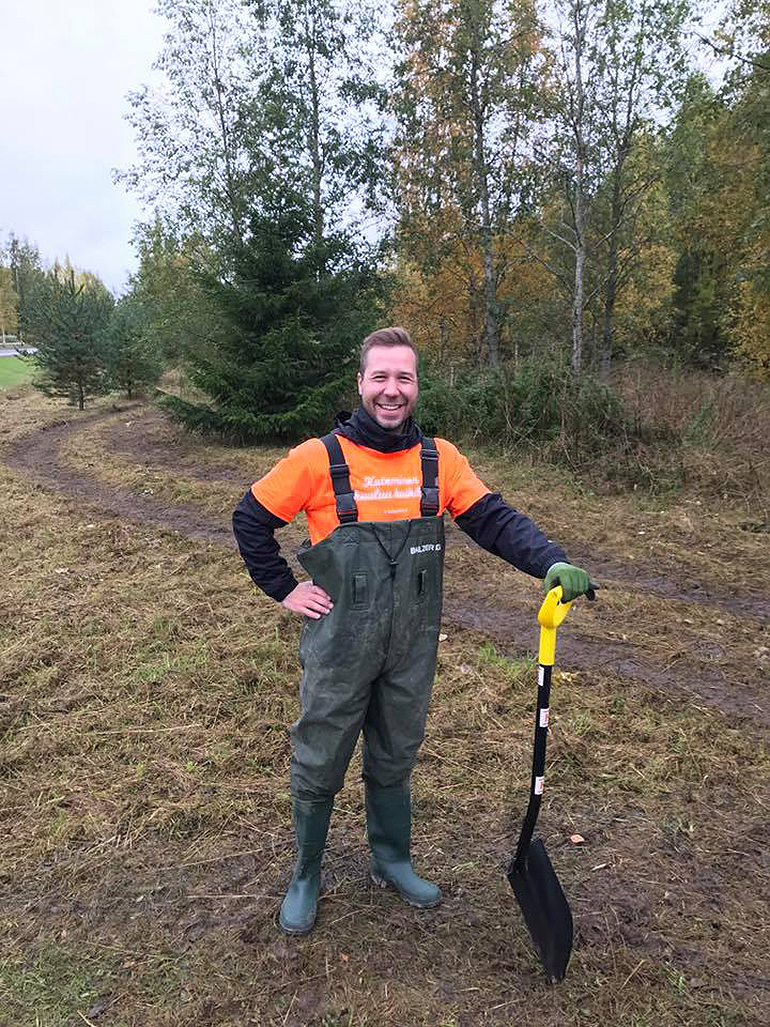 K-retailer Tom Färd knows how important local fish is to people in Imatra.

Another Fishpaths event was held over the weekend at the Vaalimaanjoki river between Nokkala and Muurola. The work was led by the local “river janitor” appointed by the Finnish Society for Stream Conservation.

Two wooden dams at Muurola gave way to fishpaths, and the volunteers restored spawning areas and nursery grounds at Hyyryläisenkoski and opened up new spawning areas at Nokankoski.

Vaalimaanjoki’s earlier trout population disappeared. The same has happened in many other waterways, and there are only 11 rivers with sea trout in Finland now, compared to 60 before. The current upriver trout population in Vaalimaanjoki was planted in 2007. The restoration work will strengthen migratory fish production upriver, and support the recovery of the trout population, spurred on by the removal of bigger obstacles downriver.

"It’s great to have such an excellent group behind this cause and to begin reviving the trout population throughout the whole river route. I hope no one will destroy or catch these valuable fish that have finally returned to the river after decades", says Manu Vihtonen, the local “river janitor”.

The restoration work at Vaalimaanjoki was enabled by the landowners and supported by local K-retailers Hermanni Natunen (K-Market Taavetti) and Seppo Lahtela (Konerauta Taavetti), who provided refreshments and supplies. >

Follow K Group and WWF’s Fishpaths collaboration at www.kesko.fi/en/media/themes/fishpaths/. There you’ll also find a video on how Finnish migratory fish can be helped. 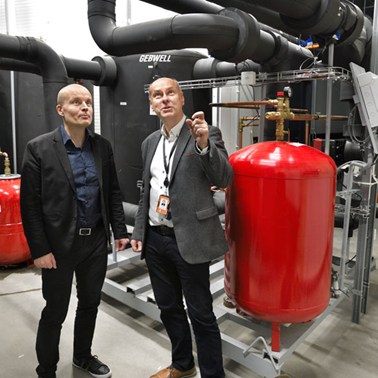