04.11.2016
Kesko’s new urban centre being built in Itäkeskus is today celebrating the topping out of its first part. At the same time, the urban centre’s name, Easton Helsinki, or Easton for short, is introduced.

Easton’s first part will be opened for public in autumn 2017. By that time, the new urban centre will accommodate a completely new concept K-citymarket, as well as some 30 stores and services for managing everyday errands.

The name ’Easton Helsinki’ was chosen in a competition launched to name the urban centre, which received more than 700 suggestions.

”Easton is short and to the point. It’s easy in Finnish and international pronunciation and has deep roots in the East Helsinki area. Moreover, the name goes well with the content our urban centre will accommodate: food, entertainment and socialising in a modern urban environment,” says Antti Palomäki, Director of Kesko’s Southern Finland district.

Easton’s first part will have a special focus on food and eating, as well as managing everyday errands. Starting from the very first part, Easton will offer an incomparable customer experience to its customers, as well as the most advanced environment for multichannel enterprise to businesses.

A particular emphasis in Easton’s design has been placed on easy access on foot, by bike and by car.

”Easton’s first part alone will provide parking spaces for more than 300 bikes and for nearly 1,000 cars, most of which indoors. In addition, the City of Helsinki has built a wide Gotlanninkatu street, from the Iiris building to the urban centre, aligned with the Itäväylä road, which makes customer and maintenance traffic significantly more fluent.”

The permitted building volume of Easton Helsinki’s first part is 26,000 floor square metres, of which a total of 20,000 floor square metres is available for lease. The capital expenditure of the first part is valued at around 100 million euros and its employment effect is around 250 person-years during a period of two years. The building project is carried out as a project management service with Haahtela - rakennuttaminen Oy as the responsible construction company.

Easton Helsinki’s total permitted building volume is around 62,000 floor square meters of business space and 8,400 floor square metres of residential space. Two high-rises are planned to be built in the western end of the centre’s second part.

Easton Helsinki’s second part is estimated to be completed in 2019. The total capital expenditure is over 200 million euros.

Celebration with neighbours on Saturday

Easton Helsinki with be celebrated with East Helsinki residents on Saturday, 5 November at the Easton building site. The party will take place in the parking garage of the new K-citymarket from 10am to 3pm. Top chef Pekka Terävä will prepare delicacies to welcome the festive season. Soup and coffee will also be served. Easton balloons will be handed out to children. Visitors can also take home their pictures drawn by a caricature artist.

The K-citymarket retailer will be selling vegetables and root vegetables at 5 euros/bucket. The first 300 visitors will receive a herb plant to take home.

The party will culminate with the performance of Anna Abreu at 1.30pm. The event is free admission and open for all. Welcome! 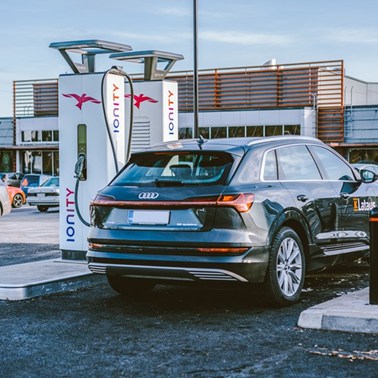 The position of grocery stores as the primary sales venue for locally produced products is growing stronger. Last year, the sales of local products in K-food stores grew by 8%. K Group is using its Local Food Date events to increase the offering of s...